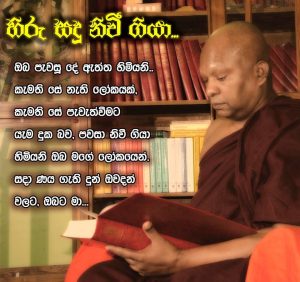 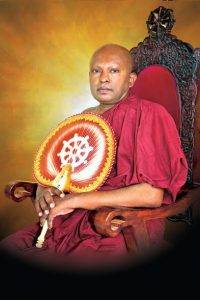 1. It is with great sadness that I report the Parinibbāna of my Noble teacher, Waharaka Abhyaratanalankara Thēro a month ago, on February 9, 2017.

3. He was the first person to extract the true meanings of many critical Pāli words in the Tipiṭaka in recent times— after hundreds of years.

4. As I discussed in the post, “Four Conditions for Attaining Sōtapanna Magga/Phala,” one has to learn the correct Dhamma from a Buddha or a true disciple of the Buddha. He was able to bridge a gap that will hopefully last until the end of the Buddha Sāsana (Ministry) of Buddha Gotama, i.e., for 2400 years from now for a total of 5000 years.

5. April 28, 2018:  Here is a desana by Waharaka Thero where he presents clear evidence that jhāna is not necessary to attain magga phala. (it is in the Sinhala language; listen to it around the 3-minute mark):

6. Last but not least, I must also express my gratitude to Ven. Meevanapalane Dhammalankara, who had been in close association with the Waharaka Thēro. I first came across these correct interpretations when I came across one of his dēsanā on the internet on July 30, 2013.

7. December 12, 2020: I listened to a series of desanas from Susila Thero over the past couple of weeks. He is in Sri Lanka, and these discourses are in Sinhala. These are excellent and provide deep insights.

8. September 6, 2021: I listened to a series of desanas by a 16-year-old Sri Lankan over the past few months. He recently became a bhikkhu by the name of Ven. Botale Siri Ariya Vimutti.

9. June 6, 2017: I received some pictures of “dhātu” collected after the cremation of Waharaka Thēro‘s body. Some of an Arahant‘s bones become crystallized. These are called “dhātu,” and they cannot be destroyed by fire or anything else. I selected the following two pictures out of many sent by Ven. Attidiye Sudheethadheera and Dr. Neranga Abeysinghe. 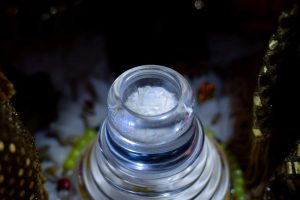 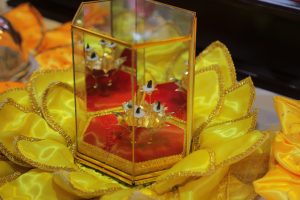 10. By the way, here is a historical picture of the “Tooth relic” of the Buddha kept at the “Daladā Maligāwa” in Kandy, Sri Lanka: 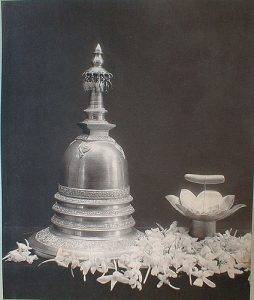 11. Here are two youtube videos of the funeral of the most venerable Thēro (the speech by Mr. Chandana Siriwardhana — where he stated the possibility of  Antarā Parinibbāna of the Thēro — is in Sinhala language):