Photons Are Particles Not Waves

Summary: Photons are ALWAYS particles. They travel as particles and are detected as particles. But the position of a photon during travel cannot be pinned down to a point (due to the Heisenberg uncertainty principle; see, “What Is a Wave and What Is a Particle?”). Only POSSIBLE LOCATIONS of the photon at any time (and the probability of detection at each location) are provided by the wave function that represents the photon. The difference between a wave and a wave function was discussed in the previous post.

1. I must warn you that this post could be too advanced for many people. However, this is the sort of “deepest level” that we will go to in this section, and if one can at least comprehend the basic idea, then one should be able the follow the future posts. The basic idea that I am trying to express is that light consists of particles called photons.

2. For example, a statement that is made frequently is, “..the position of a single particle is spread out over space..”. This is a misleading statement and should never be used. A particle always occupies a localized position; what is spread out is the wave function, indicating possible positions for the particle to be at a given time. See the summary statement above.

3. Newton believed that light consisted of particles. Newton’s corpuscular theory of light prevailed until around 1850 when it was abandoned because it could not explain light’s interference and diffraction effects. Since then, light has been regarded as a wave for a while.

5. However, there was a persistent view up to 1986 that light could not be particles and that many effects, such as the photoelectric effect, can be explained without the concept of a photon (Lamb and Scully, 1968; Crisp and Jaynes, 1969; Mandel, 1976).

Proof That Photons Are Particles 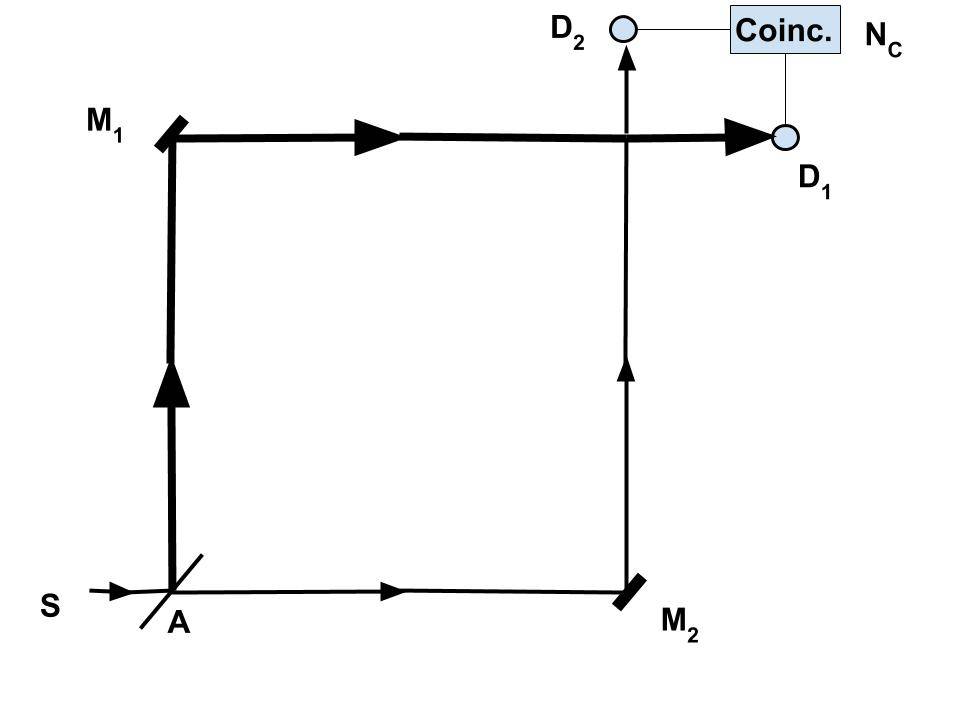 1. Single photons generated at S are sent through a beam splitter, and a signal via each leg is detected at D1 and  D2. In this experiment, one photon at a time is incident on the beam splitter A.

2. The experiments confirmed that a given photon always takes one path at a time (Granger, Roger, and Aspect, 1986).

3. With this experimental confirmation, a photon is now categorized as an elementary particle. A photon at any wavelength is detected as a particle.

4. Newton’s corpuscular theory of light was abandoned around 1850 because it could not explain interference and diffraction phenomena.

5. Feynman explained his theory of QED with simple diagrams without equations in his book (Feynman, 1985). See “Basis of the Proposed Interpretation – Feynman’s Technique in QED.”

6. Of course, many phenomena involving light can be explained with light treated as an electromagnetic (EM) wave, just like the motion of large particles can be treated with Newtonian mechanics.

Any questions on these QM posts can be discussed at the discussion forum: “Quantum Mechanics – A New Interpretation.”

Compton, A. H., A Quantum Theory of the Scattering of X-Rays by Light Elements (1923)

Mandel. L., The case for and against semiclassical radiation theory, in Progress in Optics, vol. 13, North-Holland (1976). (pdf not available).

Back to top
mobile desktop