1. In 1983, Benjamin Libet conducted an experiment apparently showing that our brain makes decisions before we become aware of it. When a person moves a finger, the brain activity appears to start before the person actually makes that decision.

2. Here is a video clip that illustrates the basic experiment:

Neuroscience and Free Will

Here is a recent youtube video on the same subject:

Does Libet’s Experiment Prove There is No Free-Will?

3. Since Libet published his results, scientists and philosophers have been debating whether these experiments show that man has no free will:

4. The second recent experiment is a bit more refined. Let us summarize that experiment:

Here is a summary from the researchers (you can click on the figure to expand and then hit the back button on the browser to get back): 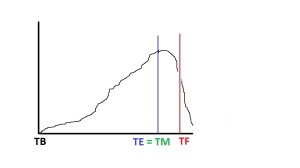 5. In Buddha Dhamma, the mind is the precursor to every action that we do with the body. The mind’s decisions are implemented by the brain. The brain is just a very sophisticated computer.

Brain Is The “Control Center”

6. The brain is the control center for the mechanical body to carry out both these tasks ASSIGNED BY THE MIND. The brain gets the finger to push the button and the physical eye to look at the watch. 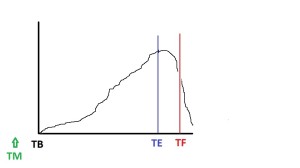 6. The mind initiates all movements of the body. Here, it is the mind that starts off the brain activity, i.e., TB is later than TM. The brain activity starts AFTER the mind decides to take action because the brain needs to get the signal from the mind. The seat of the mind (hadaya vatthu) lies close to the physical heart, far away from the brain.

Back to Libet’s Experiment

7. Now, let us go back to the first experiment. The only difference here is that the person is not recording the time. He just presses the left or right button. So, there are just two events recorded now instead of three events. All we have to do is to remove TE from the above two graphs.

8. The body is like a mechanical instrument, say, a sophisticated tank that is used to fire at the distant object. The operator is like the mind. He aims the gun barrel using sophisticated computer-controlled circuitry and then fires the gun. He can drive the tank where ever he wants. But things do not, and cannot, happen simultaneously with the operator’s decision. The gun needs to be moved into position before it is fired.

Thoughts Arise in Hadaya Vatthu, Not In The Brain

9. The “seat of the mind” (hadaya vatthu) is in the manomaya kaya (also called gandhabba). Thoughts arise there, not in the brain. The brain is a very sophisticated computer and controls the physical body per instructions given by the mind. At death, the manomaya kaya with the mind leaves the body and both the body and the brain become lifeless. See, “Ghost in the Machine – Synonym for the Manomaya Kaya?“, “Manomaya Kaya (Gandhabba) and the Physical Body“, and “Manomaya Kaya and Out-of-Body (OBE) Experience“.

There have been a few recent experiments that reduce the delay between TE and TF in #4 above. The following is the most recent paper on the subject: “Sanford-Libet’s Intention Reports are Invalid-2020“