1. In the previous post we discussed Professor Feynman’s illustration of how two wave functions (not waves) corresponding to two possible paths for a photon to interfere (constructively and destructively) to produce an oscillating signal; see, “Feynman’s Glass Plate Experiment“.

2.  This discussion is also based on the following figure from Feynman’s book (p 43); see the reference below. Light received at point P due to source S is considered; the direct path from S to P is blocked by a screen placed in between them. 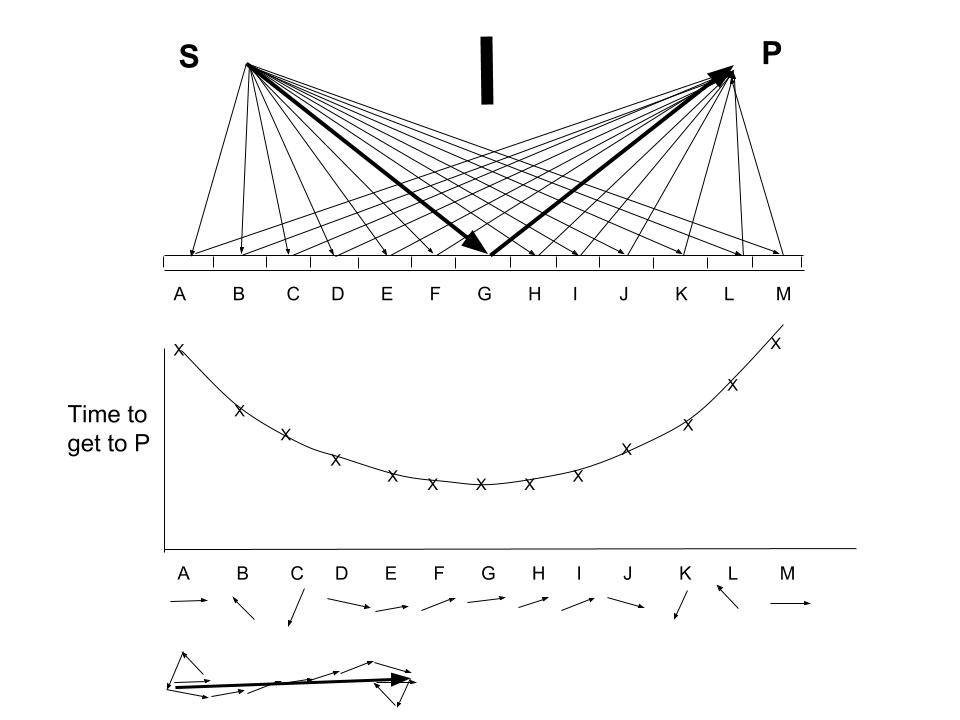 3. In order to illustrate the concept of a photon “exploring all possible paths”, the mirror is divided into sections A through M, and reflection from each section of the mirror is indicated (see the above figure).

5. To prove that even the edge of the mirror does contribute to the signal at P, we chop off most of the mirror, leaving only sections A, B, C on the left. From the above figure, if we add the three arrows due to those three sections, they nearly cancel out. This is why we do not see significant contributions from parts away from the center. 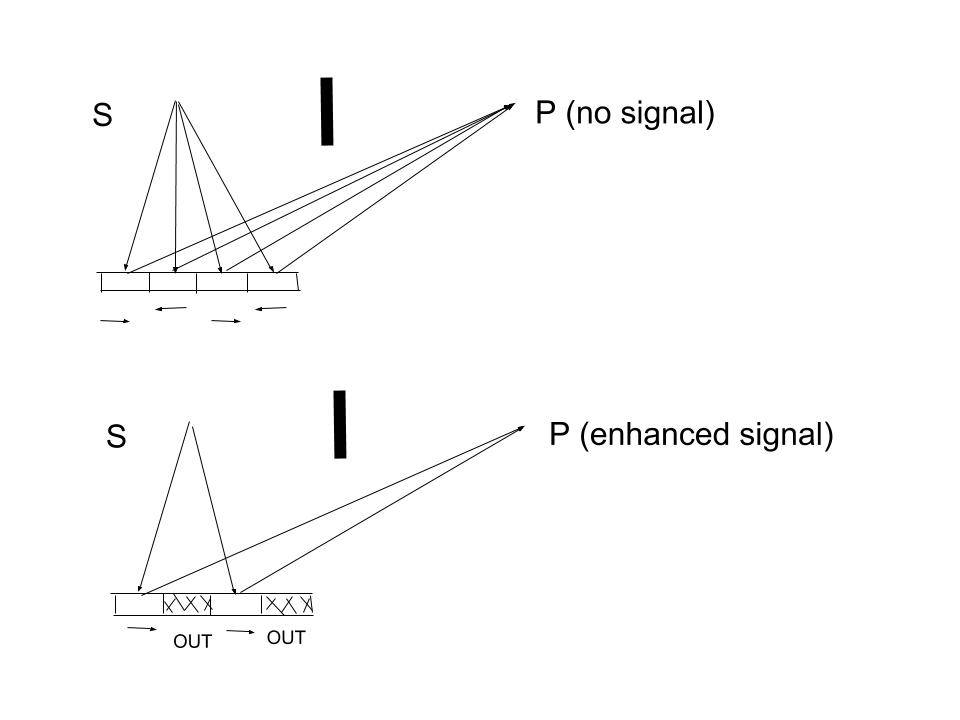 7. Feynman discusses several examples in his book, but let us discuss just one more example to illustrate the point that this method is consistent with the Principle of Causation.

8. Figure below shows the refraction of light from a source (S) in the air to a detector (D) placed in water. As in the case of the mirror, we consider all possible paths from S to D and map out the time taken for a photon to reach point D via “different sections” of the water surface. 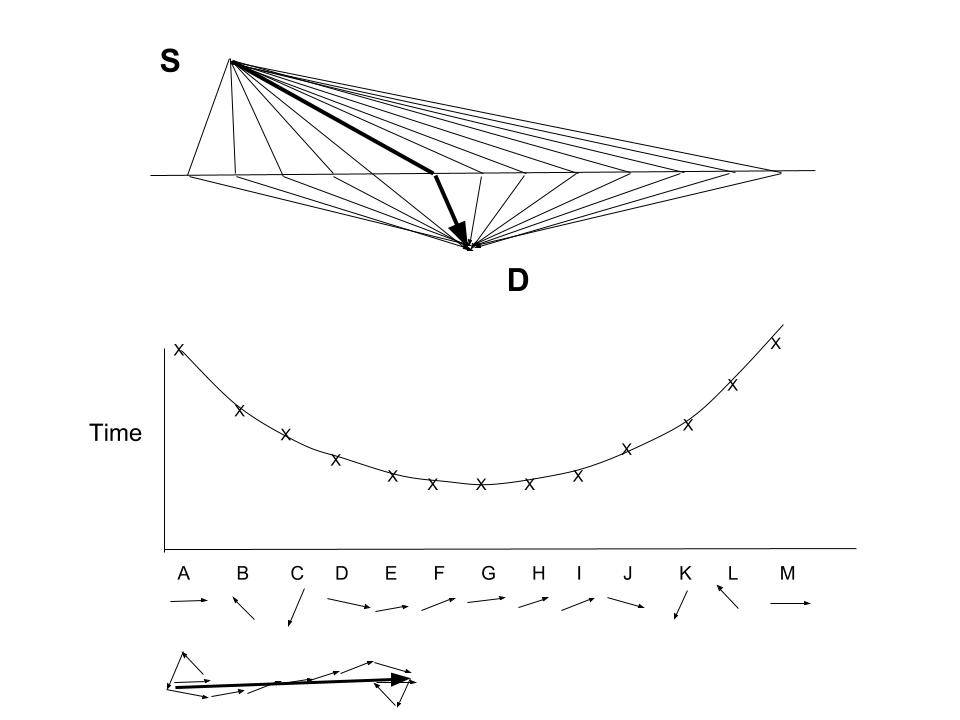 9. What bothered everyone (including Feynman) about Fermat’s idea is that it seemed to require agency. How could light choose a path? How could it possibly know which path was the fastest?

“The principle of least time is a completely different philosophical principle about the way nature works. Instead of saying it is a causal thing, that when we do one thing, something else happens, and so on, it says this: we set up the situation, and light decides which is the shortest time, or the extreme one, and chooses that path. But what does it do, how does it find out? Does it smell the nearby paths, and check them against each other? The answer is, yes, it does, in a way.“

An Electron Will Also Explore All Possible Paths

As Feynman pointed out, everything we have discussed so far can be applied to the propagation and detection of electrons: Electrons also “explore all possible paths”, and these paths are determined by the experimental configuration.

The key philosophical problem that existed for Newton to Fermat to Feynman with their “particle representation of light” was to explain how a photon would know in advance how to determine the path of least time.

Any questions on these QM posts can be discussed at the discussion forum: “Quantum Mechanics – A New Interpretation“.

I. Ekeland, “The Best of All Possible Worlds: Mathematics and Destiny”, (University of Chicago Press, 2006).

The Feynman Lectures on Physics, Volume I